Welcome to Desolate Lands, an MMORPG where you battle dangerous monsters and explore the expansive world.

PROMOTE SERVER
56 Position in the rating

Voting for the server

In celebration of the new update, join now for a free Conquest Loot Chest: Gain rewards at level milestones, including a limited time pet!

Welcome to Desolate Lands, an MMORPG where you battle dangerous monsters, learn powerful abilities, explore the expansive world, and fight against other players in an epic battle for domination.

We just released a major update, including a custom new clan system, dungeon, treasure hunts, and the ability to build your own custom island! See the bottom of this post for more information.

Here's a few cool features the server has:

Quests
We created a completely new, revamped Quest System which has amazing new features like quest choices, cutscenes, option rewards, escort quests and much, much more. There are plenty of quests to enjoy, all the way from Level 0 to Level 150.

Clans
We just released a custom new clan system, including the ability to level up your clan from gameplay, create custom ranks, unlock clan perks, and create your own Clan Island far off at sea. Build your epic home and defend your island at night from dangerous monsters of the sea!

Bosses
Powerful, dangerous bosses of all sorts reside all across the world. Whether it's in a dark cave to the side of a mountain, or the top of a gigantic tree, bosses can show up at any time, any where- even when you least expect it.

Dynamic Gameplay
The world is extremely dynamic, and changes based on day, night, or even the weather. Enemies with all kinds of abilities can appear at night to devastate unprepared explorers. And within the haunting rain, terrifying bosses may hunt you if you venture too far. However, daylight is not something to completely desire- different monsters will come for you in the day, too.

Classes
The classes system may seem traditional at first- the typical Mage, Archer, Rogue, and Warrior. However, once you reach Level 30, classes branch to different options to suit your desired play-style. Whether it's becoming a powerful crossbowman, or an evil necromancer, you decide how you play.

Items
Explore the vast world to find all sorts of items. All items have randomized stat values to keep the experience unique. You can find all kinds of items, from Common to Legendary, gaining incredible effects the further up you go, including powerful Set Effects!

To learn more, visit the website or simply dive in to the server. 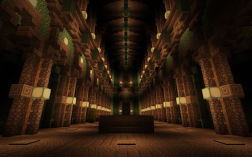 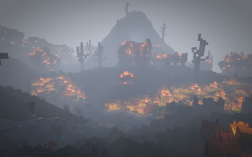 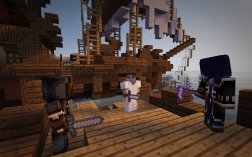 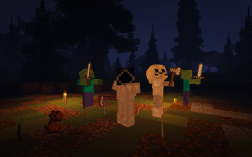 What affected the server position? updated a minute ago

If you do not like something on the server or its description is not true, you can use our complaint form. Specify the details of what happened and we'll figure it out.

In this section, only server Desolate Lands is discussed with all its pluses and minuses. Advertising, swearing and insults are forbidden.